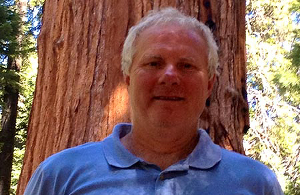 After the ITC conference in Santa Barbara director Jim Colbert decides to resign from the board due to health reasons. The board askes Jonathan Colbert to serve until the elections in 2017.

The words that follow will not capture the essence of, nor the sincere degrees of thanks from all appreciative sources, seen and unseen amongst beings of Theosophy for the efforts put forth by Jim Colbert, (and Sally) in the ITC endeavor. The primary wish and goal of all Theosophy is simply a universal brother – sisterhood of humanity, if not fully, then simply as a nucleus, that is all. As said in the Great Master’s Letter, “How – since the main objects of the Theosophical Society are misinterpreted by those who are most willing to serve us personally – are we to deal with the rest of mankind?” It is just such a recognition that prompted both Jim and Sally to consciously try, once again, to open lines of real concentrated and purposeful communication amongst the different streams of Theosophical thought, as well as “Independents”. Together they worked to try to reintegrate a body that perhaps is fragmented, when looked at from its intent and purpose as a “whole”.

To such a one, it is with that paradoxical feeling of happiness, mixed with sadness that we are saying so long to Jim Colbert as a Pillar of ITC, and as a long-standing member of the board. It was both He and Sally Colbert, who consolidated the roots of ITC, with the help of others, as the body it is understood to be today. (For those that remember history explicitly, forgive me if I err in details.) Slowly evolving, ITC is moving forward in time, although its effect, are already noted in Eternity. Although there have been many others trying to bring theosophists of different traditions together throughout Theosophical history, Jim and Sally Colbert, where the early initiators of this specific ITC effort, having persevered, for at least ten years, if not longer, to keep it alive.

As far back as 2006, when we shared in the Julian California conference, Jim and Sally were working for a greater Theosophical “unity”, through verbal exchange and sharing. It was not then, and is not now, a desire for sameness of actual beliefs or Theosophical approach, but simply of meaningful Theosophical communication, respect, and sharing. A knowing that we are all alive, and bodies working in some way for humanity, no matter the tradition. As an aside, of course, prior to Jim and Sally, there was Willie Dade, the original source and well of inspiration for a gathering of students and sharing. But this so long is for Jim.

We are thankful for his efforts and persistence, thankful for his vision, motivation and inspirational demonstration of willingness to engage with others, regardless of race, creed, sex, caste, condition, or theosophical tradition. We are thankful for the constant critiques, bold and honest statements without emotional bias, for his openness and service in this humble effort towards transparent communication amongst all, without a request or looking for rewards, recognition, or egoic praise. We are thankful for his imperfections, and occasional verbal slaps. But most of all, we are thankful for his, Sally’s (and others), stubborn push and persistence, because of an inner nagging, belief and conviction, shared perhaps amongst the few silently, yet brought to life on an international scale, that theosophist should talk, share, and live in the ocean of Theosophy together, no matter how different our efforts, focus and beliefs.

Thank you Jim for helping to keep ITC alive today.

Although we are saying so long, we are not saying goodbye. For one, we have a second generation Colbert on the board as a temporary replacement until our next membership meeting. He is Jonathan Colbert. Welcome Jonathan! For the other, we still expect to hear from Jim now and again, since he is a part of this effort, and will always be present in its Theosophical karma throughout all Theosophical time.

Cross-pollination in Brazil
Results Board Elections 2016