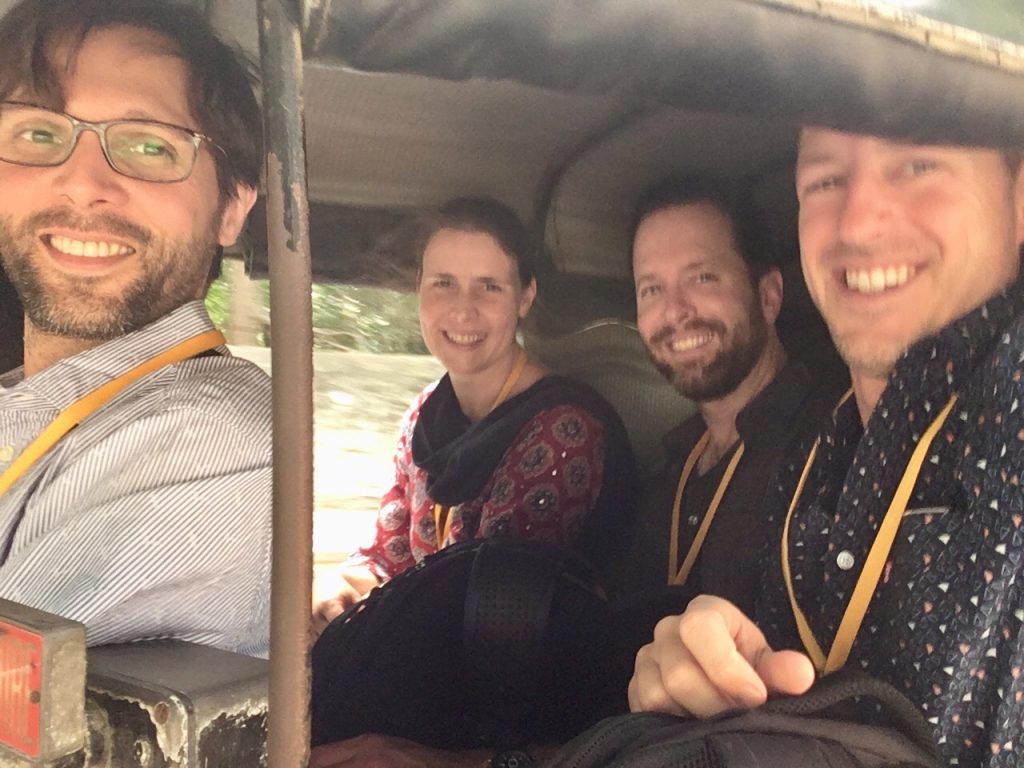 What a surprise it was, when we, Lalibel Mohaupt, Jenny van der Tak, Erwin Bomas and I were asked to travel to India and join the 143rd Convention of the TS Adyar! Herman C. Vermeulen (TS Point Loma) received an invitation from Tim Boyd, the international president of the Adyar TS, and asked us whether we would like to give a presentation… Of course! Erwin would give the presentation. The following weeks we came together every Saturday to share ideas and build the presentation, entitled Expressing Truth and Beauty through Compassion.

December 23rd 1 AM. Jenny and I put our feet on Indian land for the first time, Erwin arrived a few days later. It was a wonderful adventure. The pleasant climate, people, colors, scents and the unceasing activity…

The next day we went to the Adyar grounds, a beautiful, green and quiet place within busy Chennai. We received a warm welcome from international secretary Marja Artamaa, and after a short talk we made an appointment for the next day; to help with the preparations for the Convention. It really felt like home. 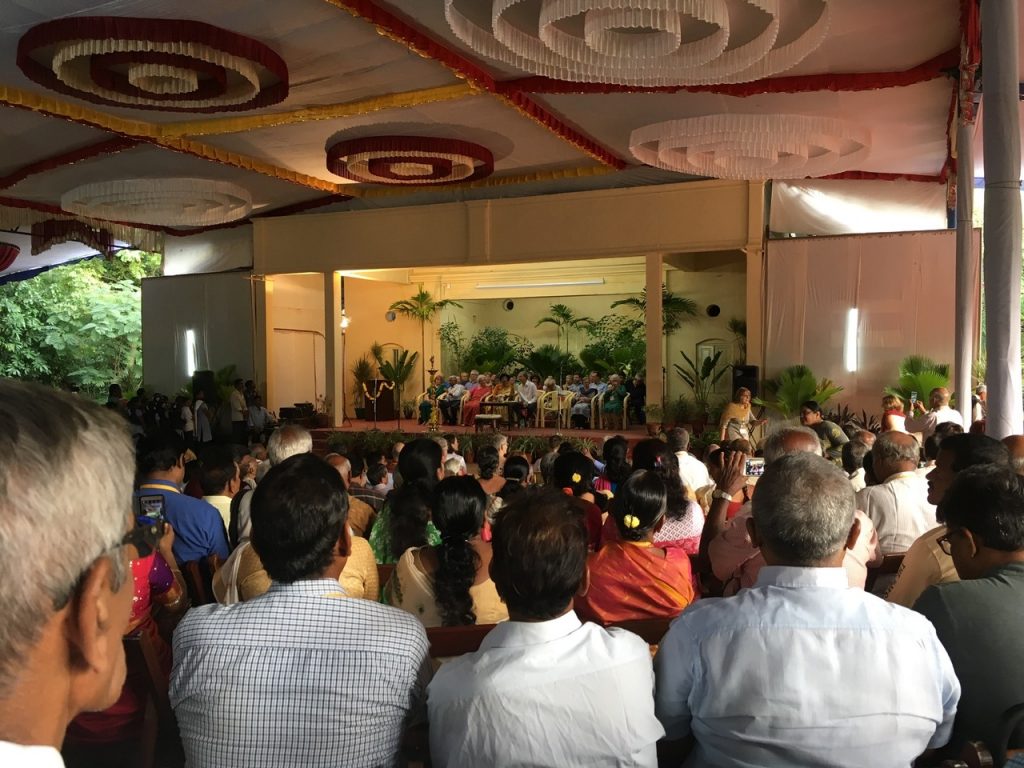 Prior to the convention, an international Youth Convention was organized. And since the Theosophical definition of youth appeared to be everyone up to the age of 45, Jenny and I were youngsters easily. 😉 The setup of the youth convention reminded us of ITC (International Theosophy Conferences), except the starting time (5 AM!). The theme was the four Yoga’s: Karma, Bhakti, Raja and Jnana Yoga, and each day the four themes were introduced after which we split up in small groups to discuss and answer the formulated questions. After each discussion, a member of the group gave a short presentation of the outcome in front of the whole group. Near the end of the youth convention Tim Boyd welcomed the group with some inspiring and valuable words and a guided tour through the headquarters. 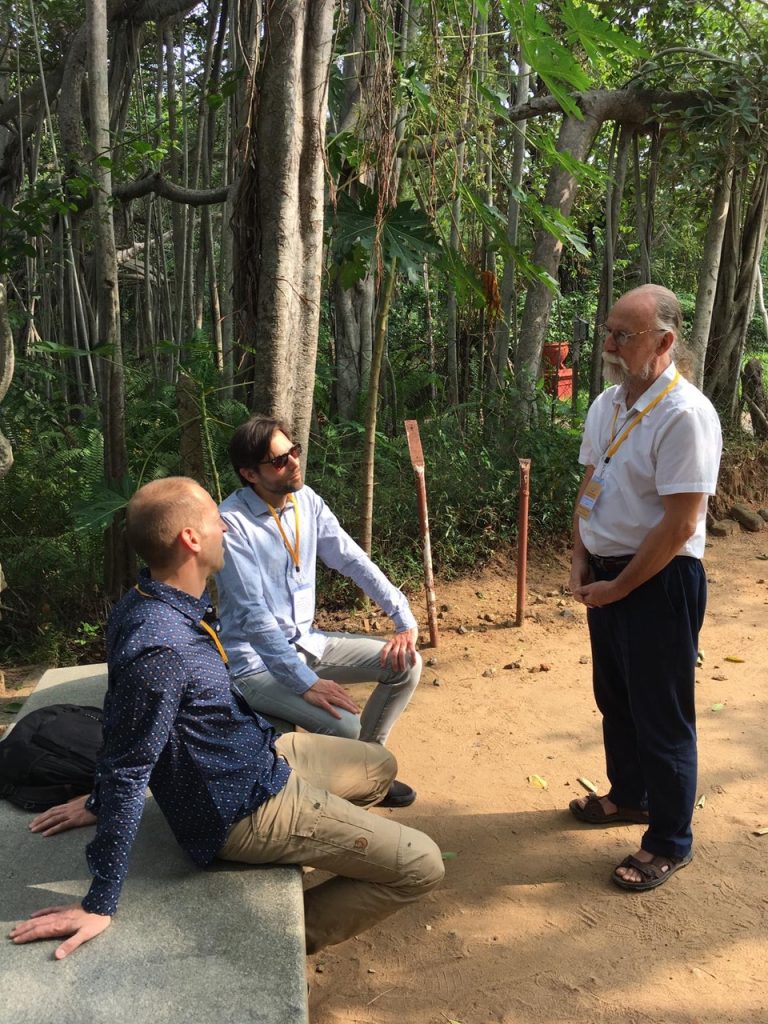 After the youth convention, participants for the main event trickled in and the quiet grounds slowly turned into a vibrating place of TS members from all over the world. We met several friends we already knew from ITC and the Netherlands, like Marcos de Resende and Jacques Mahnich, with whom we had very interesting conversations on Theosophy and science, near the famous and enormous Banyan tree. We were also delighted to see our friends Jim and Ravi Tepfer again from ULT Santa Barbara. Jim too was invited to give a lecture, which he had chosen to do on the topic: Gandhi on Theosophy and the Global Civilization of Tomorrow. In his lecture Jim did not only touch upon many interesting and – to many – unknown facts, he also touched the hearts of the Indian members, of which one afterwards came to Jim to thank him gratefully for making Gandhi alive again.

On January 4th it was Erwin’s turn to present the lecture. Jenny and I sat front row, full of excitement. If you are curious to see what Erwin had to say, you can watch the lecture here: https://www.youtube.com/watch?v=dqH7h_32ks8

Words fail to describe the wonderful experience of our time in Adyar. The atmosphere, meeting new and old friends, listening to the presentations and in between enjoying the lovely nature, the wonderful Indian food that was prepared and served with so much dedication by the people in the Bhojanasala. Not to forget our visit to the Olcott School where we saw a perfect example of 100% theosophy in practice, by the inspiration of the director of the Olcott Memorial School, Sashikala Sriram. She told us about the program in which street children are taken care of on all levels, and are educated to become self reliant citizens. Free intellectually and free morally, just as Madame Blavatsky describes in her Key to Theosophy.

Impression: “What is a Life worth Living?”
Why I support ITC – Sieglinde Plocki